Leah Sanders was appointed as our Musical Director in 2016. She brings a wealth of music experience and a love of different styles (from African through to modern pop): but more than these an infectious energy, enthusiasm and belief that everyone has the gift of music within them. Her challenge is to unlock this gift in each of us and then combine our voices in harmony to make a unique, uplifting sound.

In her own words

My name is Leah Sanders. I live with my husband and three children in Denbury.

Music has always been part of my life – my Dad played piano and guitar, Mum sang and our house was full of live music. When I was 8 Dad found me a really good piano teacher who not only taught me the technical side of playing but also developed my “ear”. 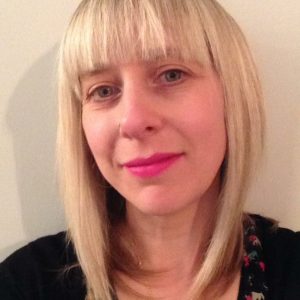 I studied both clarinet and piano up to Grade 8 and went on to study Performing Arts and Popular Music and jazz at Middlesex University; majoring in piano and voice.

After my degree I did a PGCE in Primary Ed. My first teaching post was in a very tough school in the East end of London. My music budget was £50, which doesn’t buy a lot!. This is where I set up my first choir and started writing musicals for the children to perform. We entered a national competition called JC2000 (open to Primary and Secondary Schools) with a musical that I had written. We got through to the London heats at the Barbican, which we won and went on to perform at the finals in the Royal Albert Hall. What an amazing experience for me and the kids. I saw first-hand how music transforms lives and instils confidence. I fell in love with choirs.

I moved to another school in the East End where I ran a choir of 50 children. I wrote and directed a musical as part of Newham’s Olympic bid which we performed at Stratford Royal Theatre with a cast of 150 children, a 50 strong choir, African drummers and a steel band. All accompanied by a band that I had put together with secondary students.

Outside of teaching I have always sung in choirs and bands. I spent a couple of years in an acoustic duo, we recorded a 5 track CD of our own songs and performed regularly on the acoustic gigging circuit across London.

After 18 years of living in London, we moved back to Devon where I grew up. I had in mind that I would start a children’s choir, perhaps when my children were a little older. Then, in 2016, I was asked if I’d be interested in taking on the role of Musical Director of a ladies choir based in Ipplepen. It was not what I had in mind, but too good an opportunity to start making music again.

My Dad has been the person who inspired me to do music and really fostered the love that I have for playing the piano, singing and creating music. Dad, Andy, also has (in the distant past) run choirs, performed in bands and written music. As he had helped me with my school choirs I asked if he would like to help me with the ladies choir: he said “yes”. 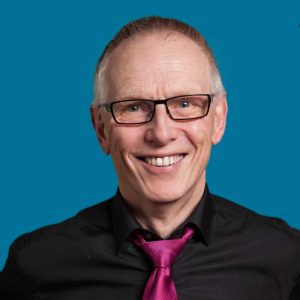 So, together we direct Unity in Sound Community Choir. Our philosophy is simple: Come along, sing, enjoy and help create a great sound.